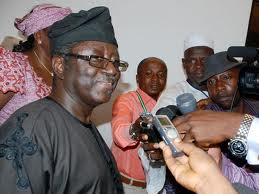 Governor Jonah Jang of Plateau State has raised the alarm over alleged plans by ‘terrorists’ to strike in some parts of the state during the forthcoming Christmas and New Year celebrations.

The governor, who made this known at the 2013 harvest and thanksgiving service of the Church of Christ in Nigeria (COCIN) Headquarters, in Jos, the state capital, said security reports at his disposal indicated that the planned attack could be disastrous if not checked.

Gov. Jang lamented that despite the efforts to restore long-lasting peace in the state, some persons, who he did not mention, he said were hell-bent on truncating the peace process.

He, therefore, called on people of the state to protect the hard-earned peace the state had been enjoying in the last couple of months, stressing that everyone must be on the lookout for strange faces and report same to the security.

The governor said, “For a long time, we have enjoyed peace on the Plateau but recent security reports available to the government point to the fact that some terrorists want to take the advantage of this Christmas to attack Plateau. But we must be watchful; we must not go to sleep because keeping peace is not the job of government alone. We must report suspicious characters in our midst and that’s the only way we can defeat them.

“We have to be watchful at all times as the enemies of the state will stop at nothing but to pull down the foundation that has been laid, but I am very optimistic that God will vindicate the state”.