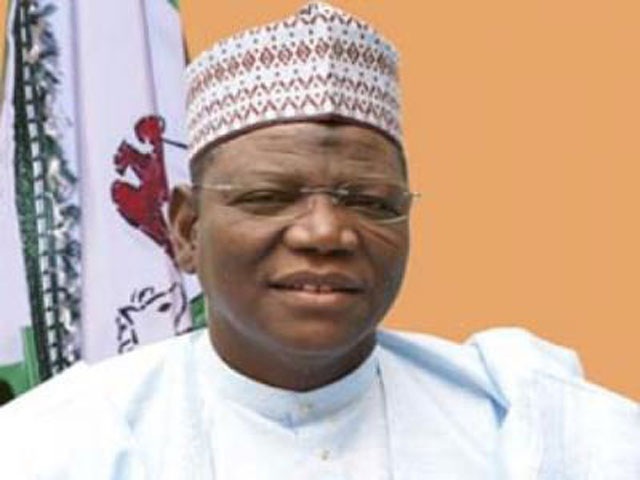 Governor Sule Lamido of Jigawa State has declared that President Goodluck Jonathan cannot run the Peoples Democratic Party (PDP) like his personal estate, saying the party belongs to all members and no governor can become subservient to him.

Fielding questions yesterday during an interview with the Hausa service of Vision FM radio in Abuja, Gov. Lamido, who is one of the group of seven (G-7) governors opposed to Alhaji Bamanga Tukur and President Jonathan’s second term ambition, decried the numerous threats and insults on governors, saying if a Divisional Police Officer (DPO) could disrupt their meeting about a fortnight ago at the Kano State governor’s lodge, Asokoro, Abuja, it then means the common man is seriously in danger, adding, “if we are nothing to the president, to have been sent a DPO, the same can be applied to other governors”.

He said the current developments in the ruling party under the watchful eyes of Tukur, are geared towards removing any obstacle to Jonathan’s reelection bid in 2015.

“The party is not for Jonathan alone. Nobody would have absolute control of the party, or to have its monopoly, so that we become subservient to him. The party is for all of us,” he stated.

Lamido stressed that Mr. Jonathan is using Tukur to continue in office, “thinking that the party is his own. We say no; it is ours, as even Obasanjo, Babangida and Gowon all wanted to continue, but had to leave the stage at separate times”.

Noting that the G-7 governors do not have a personal grudge with President Jonathan, Lamido argued that their agitation is borne out of the looming dangers they foresee in the future of the party, should the current trend be allowed to continue.

“In 1999, we only had three parties. The PDP, AD and APP. Then AD shrinked to form ACN. APP became ANPP and now become part of APC. So it is only the PDP that is in existence today. So we cannot allow it to also follow similar path,” said Lamido.

The governor also accused Mr. Jonathan of reneging on his earlier promise to construct an airport in the state as part of his 2011 election campaign promises to the state.

He, however, dismissed insinuations that the president’s failure to release adequate funds for the airport project was connected to the ongoing crisis in the PDP.

Gov. Lamido also noted that only N900 million out of the N1.1 billion federal government counterpart funding was released to the state for the airport project.