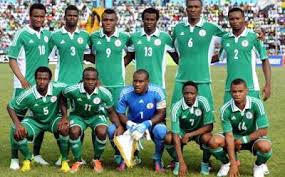 President Goodluck Jonathan, yesterday congratulated the Super Eagles on their 2-0 victory over Ethiopia in the final rounds of 2014 FIFA World club qualifiers, which earned Nigeria a slot at the 2014 World Cup Finals in Brazil.

A statement from the presidency praised the doggedness of the Super Eagles in ensuring victory, yesterday, at the U.J. Esuene Stadium, Calabar.

“President Jonathan joins other proud and happy Nigerians in applauding the Super Eagles’ dogged and determined performance against the Ethiopians over the two legs of the final qualifying round which ensured away and home victories, and also ensured that Nigeria will be at the World Cup Finals for the fifth time,” the statement said.

“As the team and its handlers bask in the glory of being the first African country to qualify for the 2014 World Cup in Brazil, Jonathan urges them to rededicate themselves to excelling on the global stage and reaching for heights never previously attained by the country at the World Cup Finals.”

Edo State Governor Adams Oshiomhole also congratulated the Eagles saying they have done Nigeria and have shown they are indeed champions of Africa, by the qualification.

“The Super Eagles have shown that they are indeed the Champions of Africa by emerging the first country from the continent to qualify for the World cup, joining the ranks of other great football nations like Germany, Netherlands, Spain and England, among others, who have already qualified,” a Government House statement said.