Alhaja Musatu Aduke Akanbi, the spouse of the retired President of Court of Appeal, pioneer Chairman of the Independent Corrupt Practices and other related offences Commission, Justice Mustapha Akanbi, passed away at the age of 68. 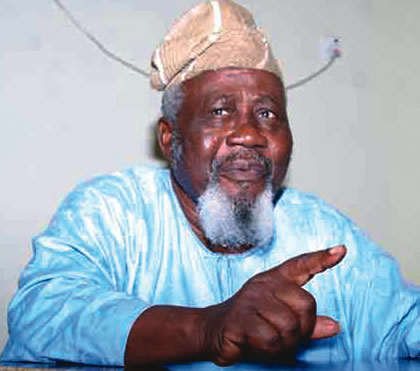 She died at an Indian hospital in the early hours of Friday, November 15, following an undisclosed ailment.

Mrs. Akanbi is survived by her husband, their six children, and grandchildren.

Confirming the loss, one of their children, Professor Mohammed Mustapha Akanbi at the University of Ilorin, disclosed that his mother’s remains would arrive Nigeria on Monday or Tuesday to be buried.

It was learnt that the deceased had gone to Saudi Arabia for the recent hajj with her husband, who was the Armirrah Hajj for Kwara State. She reportedly have taken ill in Saudi Arabia.

Dignitaries and sympathizers have been commiserating with the Akanbi family ever since the sad news had surfaced.