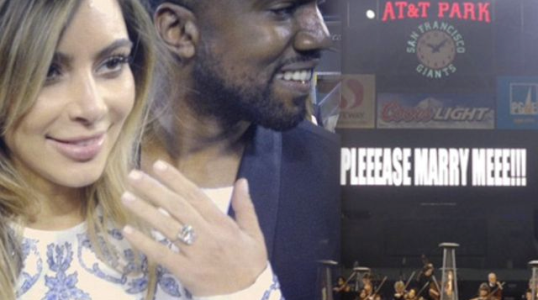 Days after Kanye West staged his elaborate proposal to Kim K at San Francisco’s AT&T Park in front of family and friends on her 33rd birthday, video footage of the event surfaced online. Kim & Kanye are now suing the person who leaked the video.

According to reports, Kim and Kanye have filed a copyright lawsuit against the co-founder of Youtube, Chad Hurley, claiming he crashed their party uninvited and taped and released footage of the proposal after signing an agreement promising not to after he was allowed to stay and witness the proposal. The are seeking unspecified damages.