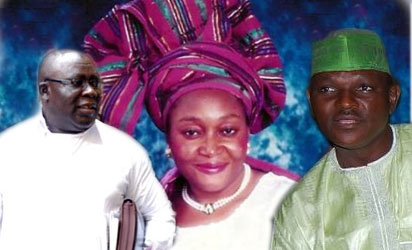 The Court of Appeal in Lagos on Friday struck out an application filed by the Lagos State Government, seeking leave to appeal the court’s judgment that acquitted Maj. Hamza Al-Mustapha and Lateef Shofolahan.

However, the appellate court on July 12, quashed the death sentence, for failure of the prosecution to establish a charge of murder against the appellants.

When the case was mentioned on Friday, the Assistant Chief State Counsel from the Lagos State Ministry of Justice, Mr Femi Adamson, informed the court of a pending application, seeking the leave of court to appeal its judgment.

Adamson, however, in an oral submission, prayed the court to strike out the application, having been withdrawn by the respondents, due to “effusion of time”.

He said that by the provisions of the rules of court, such application for leave of appeal ought to have been filed before the expiration of 30 days after the judgment.

“My lord we have an application before this court, dated Aug. 12 and filed on the same date, for leave to appeal the order of this court, delivered on July 12.

“This application has, however, been overtaken by time and so, this court lacks jurisdiction to entertain same.

“We hereby withdraw this application before your lordship, and we shall ensure that we file all necessary processes before the Supreme Court,” Adamson said.

The application for withdrawal was not objected to by the Counsel to the appellants, Mr Adedayo Adedeji, and Mr Olalekan Ojo.

The lead judge of the appellate court, Justice Shagbaor Ikyegh, in a short ruling, struck out the application.

“This application having been withdrawn is accordingly struck out,” he ruled.