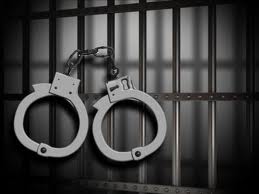 A chief magistrates’ court sitting in Benin, on Thursday, sentenced a 20-year-old woman, Chidinma Eze, to seven years in prison for stealing a four-month-old baby.

According to the News Agency of Nigeria (NAN), Magistrate Peter Asemota, convicted and sentenced Eze, following her guilty plea during arraignment on September 30, 2013.

Asemota did not give the accused any option of fine.

“From the statement, the accused admitted that she stole the baby and that she and two others took the baby to Lagos to solicit for funds.

“They went out on three occasions and realised about N30, 000, out of which they paid their hotel bills and fed the baby,” Asemota said.

Asemota stated that it was clear from the statement and the action of the three suspects that they had no intention of returning the baby to its biological mother.

“I am satisfied from the evidence before me that the accused committed the crimes which she has freely admitted to, both at the police station and in the court.

“In the circumstances, I find the accused person guilty as charged on both counts, and convict her accordingly in each of the two counts,’’ Asemota said.

The prosecutor, ASP Samuel Ogar, during Eze’s arraignment, had submitted that she and the two others stole the baby on September 3, 2013 at No. 2, Agbado Lane, Off Ogbado Street, Benin City.

Ogar said that her accomplices, aged 15 and 16, had been taken to the juvenile court.

NAN reports that Eze was charged with stealing a baby and depriving him of parental care.

She had pled for leniency through her counsel, Mr Ogiebor Osarentin. (NAN)