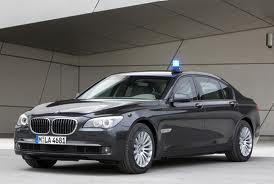 The House Committee on aviation’s sitting yesterday over the N255 million BMW bullet proof cars brought about some startling revelations, including the indictment of Lagos State Government.

Representatives of Coscharis Motors at the hearing had alleged that Lagos State government ordered for the vehicles, but Lagos has now denied requesting for the vehicles, saying “it didn’t use such cars during the 18th National Sports Festival hosted in 2012.”

The state government also maintained that it only requested for regular saloon cars, four wheel drive vehicles and buses, which it got from Coscharis in its capacity as the official vehicle providers for the sports.

The denial came in following amid public outcry and condemnation trailing the role the state government played in the purchase of two armoured cars by the Nigerian Civil Aviation Authority (NCAA) for the Minister of Aviation, Princess Stella Oduah.

A source close to the Commissioner for Youths, Sports and Social Development, Mr. Enitan Oshodi said that the state government duly made a request to President Goodluck Jonathan.

He explained that “the state government requested for waiver of destination inspection charges and duty exemption on 300 vehicles, which were to be used for the festival.”

According to the source, “Following the offer of sponsorship of and provision of vehicles for the festival by Coscharis Nigeria Limited, the state government made a formal request to the president as requested by the sponsors, which was granted.

The source said “The request was duly granted by the president to the issuance of a Certificate of Waiver in respect of the duty payable on the importation of the cars by Coscharis Nigeria Limited,”

The source further explained that the state government have documents to show the vehicles were supplied and used during the 18th National Sports Festival.

According to the source, the vehicles requested from Coscharis Nigeria Limited, which was the sponsor of the festival, were limited to saloon cars, four wheel drive vehicles and buses to convey the 14,000 athletes and 10,000 officials who attended the festival from across the country.