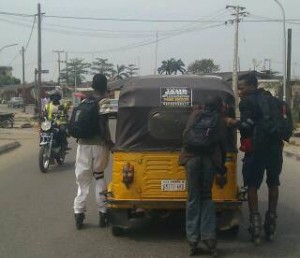 Lagos State House of Assembly has called on the state Governor, Babatunde Fashola, to regulate the activity of skaters on the highways to forestall danger among youths and other road users.

The Assembly passed the resolution following a motion raised by a member, Gbolahan Yishawu, representing Eti-Osa I under matter of ‘Urgent Public Importance’, saying skating along the road, though should be encouraged, needed to be regulated.

The motion read: “In view of the danger posed by skating along our highway, the Assembly has resolved to call on the state governor to charge the relevant authorities to regulate skaters’ activities while still encouraging the sport among our youths.”

Yishawu explained that some of the skaters are fond of hanging on fast moving vehicles while skating along the highways which according to him, should be regarded as heinous crime.

He said: “This is very dangerous and should be condemned.”

Supporting the motion, Rotimi Olowo representing Shomolu I, pointed out that skating on the highway was not in accordance with the state law, adding that “the youth are copying foreign countries without taking cognisance of our peculiarities.”

Olowo argued that some advertising companies also engaged youths in skating, adding that LASTMA should swing into action to arrest the act.

In her contribution, Funmilayo Tejuoso, representing Mushin I, told members that “the idle mind is the devil’s workshop. So while regulating the sport, the ministry of transportation should put facilities in place that would encourage the youth in the sport.”