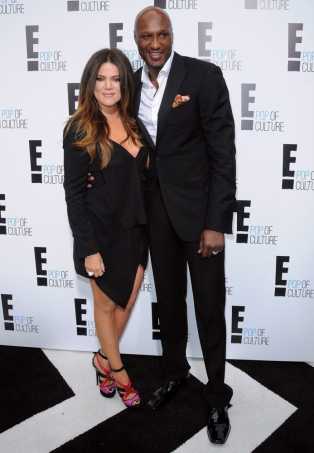 Lamar Odom and Khloe Kardashian both decided to try and make their marriage work.

The basketball star told U.S magazine about his marriage when he was at the Inside Jokes Comedy Club in Los Angeles on Wednesday, October 30.

“That’s why I wear my wedding ring,” he explained. The 33-year old athlete added, “It is a beautiful ring. From a beautiful wife.”

When asked how he was doing, Lamar answered, “I’m good.”

Previously on Monday, Lamar and Khloe showed up together at Kanye West’s concert at the Staples Center in Los Angeles.

According to reliable sources, Khloe sat beside her husband.

“Lamar and Khloe were dancing together and high-fived,” the eyewitness said, adding that Kim Kardashian’s sister looked “amazing” that night.