A landlady has been nabbed by the Police at Abayi division, Abia State for abducting the twin boys of her former tenants. 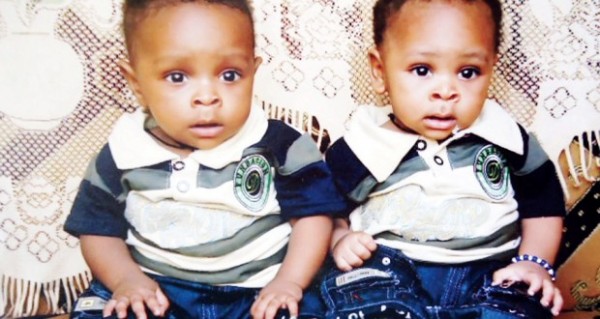 The accused, identified as Chioma was said to have visited her former tenants, Mr and Mrs Okwudili Nwaeze to exchange pleasantries with them.

It was gathered that Mrs Nwaeze was not comfortable with the visitor and decided to wait for her to leave before going to have her bath.

She then left her twins (James and John) in their room to go to the bathroom not knowing that her former landlady was still in the compound. When she came out of the bathroom and went to check on her babies, she discovered that they were gone and so began a desperate search for them.

Neighbours who had seen Chioma carry the babies then informed Mrs Nwaeze that her ex-Landlady had the babies.

An unconfirmed report said Chioma initially made contact with the children’s family, demanding a ransom of about N10million, which the family told her they did not have.

Sources said the accused was caught by some people selling wares at the Afor Ule market. They spotted her while she was attempting to drop the children on the main road and took her to the Abayi Divisional police station where the Nwaezes had reported that their children were missing.

When contacted, the Abia State Police PPRO, Geoffrey Ogbonna, said he was yet to be briefed on the incident.

But, a police source at the Abayi Police Division confirmed the incident, adding that the police were still investigating the matter.