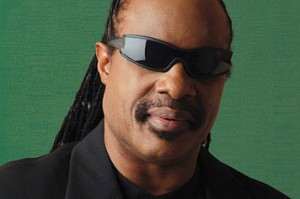 Iconic and veteran singer, Stevie Wonder has surprised the music world as he announced his plans to release 2 albums in 2014.

Stevie Wonder who is in his 60s, 63 years to be exact, stated on 29 October that he has been recording some new songs for the albums “When the World Began” and “Ten Billion Hearts”, in collaboration with producer David Foster.

He confirmed the rumors surrounding the new albums, which began to circulate earlier this year.

Wonder revealed in an interview that the new material would be influenced by hip-hop’s political methods.

“I listen to a lot rap, and I’m inspired to take it, to use it in another way, to get the message across,”  Wonder said. Previously this year, Wonder told Rolling Stone that his new music would be accompanied by an orchestra.

Filing for divorce last year, the singer explained that the albums were inspired by “my children, family, change, growth, heartbreaks”. He is also planning to fulfill a promise to his late mother Lula Mae Hardaway, who passed away in 2006, by recording a gospel album in her memory.

“We’re going to do some traditional gospel stuff, but I’m thinking about doing a gospel song in Arabic. I’m going to twist it all up in different ways, because I think everyone needs to hear the word of the gospel. The word of gospel really is love and it really is about people following the word, whether they read the Qur’an, the Torah or the Bible, whatever they read,” he said in June.