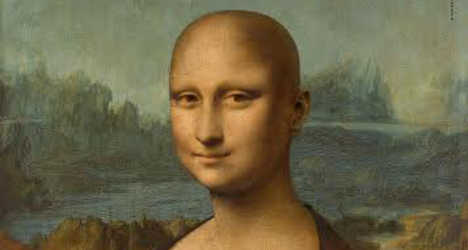 An image of a hairless Mona Lisa is being used by an Italian charity in its latest bid to raise awareness of cancer and its impact. Da Vinci’s muse appears completely bald, as though she has undergone chemotherapy, in a new campaign by the Bologna-based ANT Foundation designed to shock and raise awareness of the effect of cancer on sufferers’ lives. The image, which the foundation describes as “disconcerting” and “bewildering”, is designed to alter people’s attitudes towards cancer.
“It aims to highlight the enormous impact cancer has on all aspects of life, including physical appearance, once you get over the initial shock, you realize that although it’s different from what we’re used to, the work of art hasn’t lost any of its value.” the charity said in a statement.
This idea is reflected in the slogan accompanying the campaign, which reads: “A tumour changes a life, but not its meaning.”
ANT Foundation Italy provides free home care to cancer patients in Italy and Europe, as well as psychological support to sufferers and their families.
Advertisement