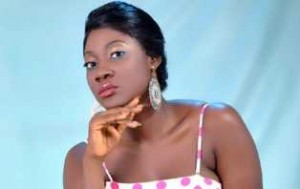 Rumor making it round the pipes is that there is an underground plot by the movie marketers under the aegis of Film and Video Producers and Marketers Association of Nigeria, FVPMAN, to blacklist Mercy Johnson Okojie,, in what they call, “ Withdrawing of service from her.”

A highly reliable source who reported that this move against the Actress to HVP, said, the association decided to take this action, following the ‘unbecoming attitude of the actress as it affects her work.”

According to the source, members of the association met last Monday, in Onitsha, Anambra State, to fine-tune plans to blacklist the actress who recently returned to Nollywood after months of being away in the United States, where she gave birth to her first child.

There reasons aren’t really clear but the source disclosed that the marketers accused Mercy Johnson of forming the habit of disappearing while on location after she has been paid for the job.

However, the source further hinted that the marketers have vowed to sanction any member who disregard the decision to blacklist the actress.

He also revealed that the leadership of the association has advised its members to release all the films that Mercy Johnson featured in, on or before January, 2014.

Meanwhile, efforts to contact Mercy to react to the allegations proved abortive as her cell-phone was permanently switched-off.

Recall, however, that upon her return to Nollywood, Mercy was bombarded with several scripts from different marketers and producers who wanted to get her on their movies.