Home News Feed My New Friend’s Boyfriend Is My Husband? What Should I Do?
Facebook
Twitter
WhatsApp

I’m very much in love with my husband, although most times he rarely has time for me, always claiming he’s busy. 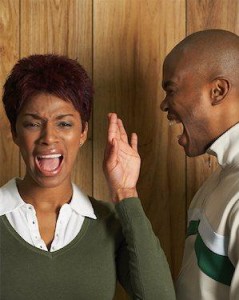 I try to be understanding and over look many things.

But something happened on this particular day, I had a wedding to attend, and then begged my husband, if he could drop you off at the wedding, unfortunately he turned deaf ears to my plea claiming he had a very busy Saturday and had to even work at the office.

I overlooked it without making it such a big deal and ended up taking a cab to the wedding. At the wedding, I meet a young lady, within my age bracket, we jisted  and became friends. So when I was about taking my leave, I asked how she came to the wedding and she told me her amazing boyfriend who does everything for her brought her to the wedding.

She persuaded me to wait, because she’s sure her boyfriend who will be coming again to pick her once she called and will be nice enough to drop you at home. I decided to wait for my friend’s boyfriend since it would reduce the stress and cost of me taking a cab.

Eventually he arrived and as soon as I sighted my friend’s boyfriend car he looked like my husband’s own but I decided not to over-react because I wanted to be sure he was the one and catch him red-handed.

Fortunately, my husband didn’t get to see me until I had entered the back seat. Immediately he looked back and saw me he was shocked as hell but acted normal as if he did not know me as he tried to chat with his ‘girlfriend’ as usual.

He however could not keep up with the act as his nervousness became very evident even to my ‘new friend.’

He then dropped me off at our matrimonial home, and I alighted even thanking him as I watched him drive off to drop his ‘girlfriend’….

How should I handle my husband’s insulting and disrespectful behavior? Its sad enough that he is cheating on me. What do you think I should do to my husband?