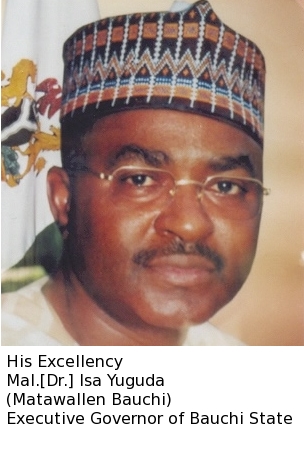 As the Presidential Advisory Committee on National Dialogue goes across the country to collate the views of Nigerians on the proposed National Conference, Bauchi State governor, Mallam Isa Yuguda, yesterday, warned against allowing those who do not wish Nigeria well to participate in the discussions.

Speaking yesterday in an exclusive interview with a national daily, the governor said anyone, who comes with an idea or proposal against the continued co-existence of Nigerians should be stopped by all means.

Yuguda noted that although President Goodluck Jonathan meant well by convoking the dialogue, it behoves on well-meaning Nigerians to be on the alert to ward off tribal warlords and ethnic jingoists, who would want to use the platform to campaign for their own parochial interests at the expense of national integration.

The governor said: “During the conference, anybody who comes with any idea or proposal that would make it impossible for Nigerians to live together should be stopped by all means.”

“Any person who comes with any agenda to make it difficult for us to wax stronger as a united country should be chased away so that this nation will be able to achieve the lofty ideals of our founding fathers as guaranteed by the Constitution of the Federal Republic of Nigeria.

“The opportunity provided by President Jonathan for Nigerians to come together and share ideas on how to move the nation forward is a golden one, which should be appreciated by all Nigerians, who believe in the unity and greatness of this country.

“That is why Nigerians should be ready to chase away anyone who wants to use the dialogue to cause disaffection rather than bring about new ideas on combating the myriads of challenges facing the nation.

“Let us use the opportunity provided by the confab to grow and mature as a people who have no other country than Nigeria and be able to eradicate corruption, criminality, poverty and diseases and bring in wealth for the nation and its people.

“We should get out of our shell and do the right thing. I hope that the conference will help Nigeria to overcome its challenges and mature into greatness,” Yuguda said.

The governor predicted that the current challenges facing the nation would soon be a thing of the past even as he pleaded for continued support of Nigerians for the administration of Dr. Goodluck Jonathan in order to move the nation forward.