Amnesty International has accused major oil companies, including Shell, of failing to report the true picture of oil spills in Nigeria. 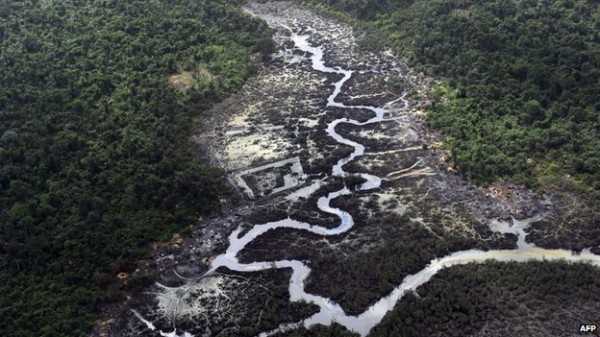 Amnesty says oil companies often blame oil spills on sabotage in order to get out of paying compensation when in fact corroded pipes are the cause.

The report says the process of cleaning up the oil spills is completely discredited.

It highlighted the issue of theft of crude oil, which it said “remains the main cause of oil pollution in the Delta”.

Oil spills are having an appalling environmental impact on the Niger Delta and they are happening at an alarming rate, says the BBC’s Will Ross in Lagos.

In its report, Amnesty identifies a “staggering” 474 spills in 2012 in one area alone, operated by the Nigerian Agip Oil Company – a subsidiary of Italian firm ENI.

Agip’s head of operations in Nigeria, Ciro Pagano, told the BBC’s Newsday programme that all the spills were recorded so there was little room for dispute.

He also said that Eni paid all compensation due to local communities, according to Nigerian law.

It claims there is “no legitimate basis” for the oil companies’ claims that the vast majority of spills are caused by sabotage and theft.