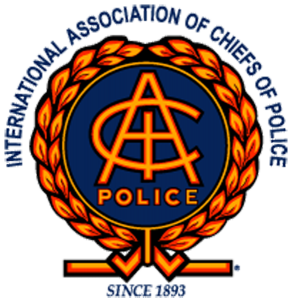 A Nigerian man, Kolawole Fakokunde who claimed to be a prison guard in Nigeria lied to security officials at John F. Kennedy International Airport in New York on Saturday, saying he was on his way to Philadelphia to attend the International Association of Chiefs of Police (IACP) conference.

Unfortunately for Fakokunde who flew to New York aboard Arik Air flight from Lagos, Nigeria, arrived late as the IACP conference had been over for nearly two weeks.

“This guy clearly is not the sharpest tool in the shed,” said one senior Homeland Security official, who attended the IACP.

“The last place you should be (referencing) to break the law is a conference with thousands of law enforcement officials.”

According to documents filed in Federal court, Fakokunde presented his Nigerian passport and a visitor visa to the US Customs and Border Protection (CBP) officer he encountered on Saturday.

The CBP officer referred Fakokunde for further screening and questioning. During that “secondary inspection,” Fakokunde ultimately told the CBP officer that someone else “helped him complete his visa application,” in which he falsely claimed to be a prison guard travelling to the US to attend IACP,” court documents said.

Based on the information he provided at that time to the US Bureau of Consular Affairs in Lagos, Fakokunde was issued a valid visitor’s visa.

But he has since “admitted that he was not employed as a prison guard, that he did not intend to travel to Philadelphia to attend the IACP conference, and that his true purpose for visiting the United States was vacation,” according to the court documents.

Fakokunde has now been charged in federal court with “knowingly and willfully” trying to use a US visa obtained through false information.

If convicted, he faces up to five years in prison.

The US State Department’s Diplomatic Security Service investigated the case with CBP, a component of the US Department of Homeland Security.

“It does show that the system’s working,” an IACP spokesperson told ABC News.

“All the checks and balances.”

“When you walked the exhibition and the conference areas, it was not uncommon to see Nigerian officials attending for legitimate reasons,” the Homeland Security official said.