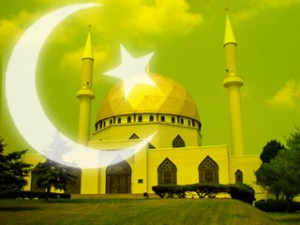 The expanded General Purpose Committee (GPC) of the Nigerian Supreme Council for Islamic Affairs (NSCIA) at a meeting held in Abuja recently has expressed concerned over what it called marginalisation of Muslims in key position in Federal government owned institutions.

In a communique issued at the end of the meeting, the council said; “The Nigerian Supreme Council for Islamic Affairs (NSCIA) is concerned over the disturbing trend of marginalizing Muslims in key appointments in Federal Government institutions. Data available to the Council indicate a systematic cleansing of Muslims from key positions of authority. This is dangerous for a nation which should encourage harmony and unity based on equity, justice and respect for diversity and pluralism.

“The Council also notes that admission into key military institutions such as NDA and patterns of recruitment into police and other security agencies do not show sensitivity to balance and social indices such as faith. Muslims who are qualified should be admitted and trained on a scale that shows respect for a multi-religious nation such as Nigeria.”

The council also condemn the act of depriving Muslim women of their rights to dress in accordance with the demands of their faith, noting that appropriate Muslim dressing for women in all public engagements and outings is a mandatory requirement for all adherents of the religion.

“While the Constitution guarantees every Nigerian the freedom of worship and religious practice, appropriate Muslim dressing for women in all public engagements and outings is a mandatory requirement for Muslims. Governments and other institutions which deny Muslim females their right to dress appropriately such as wearing of hijab with uniforms are therefore doing so in violation of the rights of the Nigerian Muslims. Council calls on the Federal and State Governments and all other private and public institutions to stop the policy of depriving Muslim women of their rights to dress in accordance with the demands of their faith.”

The meeting which was attended by Principal officers of the Council and key Muslim leaders from across various States of the federation also advised government to set up mechanism for providing appropriate relief to all victims of the insurgency of Jamaatu Ahlis Sunnah Li Daawati wal Jihad in accordance with the recommendation of the Committee on Dialogue and Peaceful Resolution of Security Challenges in the North and expedite action on it so that the much-needed relief can be made available to all those who deserved it.

The council also described as unacceptable the National Educational Research and Development Council (NERDC) which produced a new curriculum from primary to secondary school, a system that it said has deprived young Nigerians of their rights to receive full and mandatory religious education.