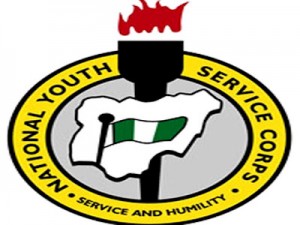 A 29-year-old NYSC member, Ahmed Abdulkareem, on Thursday appeared in an Abuja Senior Magistrates’ Court for criminal conspiracy and forgery.

The accused, a resident of House 15, Block Industry Road, Lugbe, Abuja, was said to have conspired with one Johnson, now at large, to forge drivers licences for Mr and Mrs Chijioke Ebuzoeme sometime in August.

Abdulkareem was also accused of receiving the sum of N12, 000 to facilitate the processing of the licences.

The police prosecutor, David Udeh, told the court that the case was lodged at Wuse Police Station, Abuja, by Mr Leonard Bidokwu, a staff member of the Vehicle Inspection Office (VIO) in Jabi on Nov. 12.

Udeh said the accused received the money and the names of the applicants from Bidokwu with a promise to carry out the deal at the VIO Mabushi office.

The prosecutor said instead of doing what was agreed on, the accused negotiated with an insurance tout to forge the licences.

According to the prosecutor, the offence contravenes the provisions of sections 97 and 364 of the Penal Code.

The accused pleaded not guilty to charges.

The Senior Magistrate, Anthony Ogboi, granted him bail in the sum of N200, 000 with one surety in like sum who must be resident within the jurisdiction of the court.

Ogboi ordered that the accused and the surety must produce a passport photograph that must contain their names and signature on the reverse.