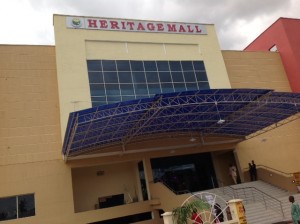 Speaking at the commissioning, Oyo State Governor Abiola Ajimobi promised to provide conducive environment that will attract both local and foreign investors to the state.

Speaking further,the governor said his administration has embarked on massive infrastructure development and beautification of the environment to allow investors to invest in the state.

While promising that his government would continue to partner with private sectors, international and donor agencies to develop the state, the governor said the building of the malls by Odua was in tandem with his administration’s transformation agenda.

Ajimobi commended the conglomerate for the giant strides which would boost economic activities of the city of Ibadan, assuring that he would complement what Odua has done with plans to build an hotel to be owned by the state at the back of Premier Hotel.

The Chairman of Odua Investments, Sharafadeen Alli said the commissioning of the malls would make things happen in turning positively the economic situation of the South West states of Nigeria adding, “I have the belief that there will be a replication of these malls in the remaining states that make up Odua in the near future.”

On his part, Managing Director of the conglomerate, Mr. Adebayo Jimoh said the development of the malls was borne out of perceived need or demand by high net-worth individuals in the South West who spend time and money travelling to Lagos at weekends to shop.

“Of particular interest are some expatriates community here in Ibadan with police escort for their weekend shopping”, he added.

Representatives of Ogun, Ekiti, Osun and Ondo state governments, joint owners of Odua Investment, along with Oyo were all present at the event.