The Ministry of Finance on Thursday said it did not grant waiver for the controversial N255m bulletproof cars purchased by the Nigerian Civil Aviation Authority. 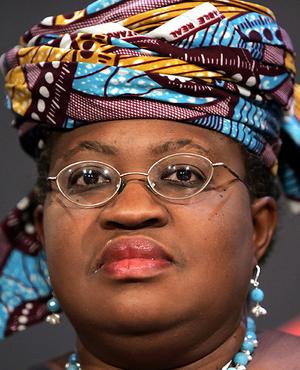 The disclosure came barely 24 hours after the House of Representatives Committee on Aviation was informed that  the  Federal Ministry of Finance and the National Security Adviser were made  to believe that the  two vehicles  were for   the 18th  National Sports Festival (Eko Games 2012) hosted by Lagos State.

But in a statement on Thursday and made available to our correspondent, the Coordinating Minister for the economy and Minister of Finance, Dr Ngozi Okonjo-Iweala, said the waiver was granted only to the Lagos State Government and not for the purchase of the controversial armoured cars

The statement by the CME’s Special Adviser (Communications), Mr. Paul Nwabuikwu, described claims that the finance ministry granted waiver to Coscharis Motors Nigeria Ltd for the purchase of armoured cars as “totally false and without foundation.”

It reads in part, “On June 23, 2012, the Lagos State Government applied for Waiver of Destination Inspection Charges and Duty Exemptions for Coscharis Motors Nigeria Ltd, the official Automobile Partner for the National Sports Festival (EKO 2012), to purchase 300 vehicles on its behalf for the event.

“Since the Lagos State Government met the laid down criteria, the waiver was granted.

“It is also important to clarify that the waiver granted to the Lagos State Government for the event did not include the purchase of armoured vehicles.”

Also, the Nigeria Custom Service in a statement on Thursday said its role in the car scandal was to implement the waiver granted for the importation of the 300 vehicles.