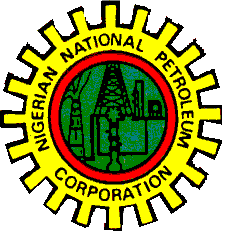 Local and international oil traders indicted in a recent report by a Swiss-based Non- Government Organisation (NGO), the Berne Declaration, have commenced moves to institute legal proceedings against the organisation, according to reports.

This came following a report by the NGO alleging that the oil traders colluded with the Nigerian National Petroleum Corporation (NNPC) and defrauded Nigeria of billions of dollars through the sale of crude oil below market value.

Sources in NNPC disclosed yesterday that the oil traders have opened up discussions with a UK-based international law firm, with a view to seeking judicial redress over the report, which they said “was rooted in conjectures and unverified statistics”.

The oil traders, according to sources, are of the view that the report titled “Swiss Traders’ Opaque Deals in Nigeria”, was based on a draft report of the Petroleum Revenue Special Task Force, headed by the former Chairman of the Economic and Financial Crimes Commission (EFCC), Mallam Nuhu Ribadu and the House of Representatives Farouk Lawal-led committee report on petroleum subsidy.

One of the affected traders said: “From all indications, the Berne Declaration plagiarised the controversial Nuhu Ribadu-led Petroleum Revenue Special Task Force draft report and the now discredited Farouk Lawal-led committee report on subsidy, to arrive at its conclusions.

“The Swiss-based researcher’s report on the Nigeria oil and gas sector was based on its vague understanding of the unique Nigerian business environment. This explains why it hurriedly lifted unverified figures from equally disputed sources like the Ribadu and Farouk reports, but we are determined to file an action in court to challenge the report,” the trader said.

According to him, another thing that may work against the Swiss-based organisation in foreign court was “the blatant name-calling of businesses and hardworking individuals who have not been found guilty of any offence in any court of law as fraudsters.

“Such vilification and unprofessional conduct are frowned on by laws around the world especially in Switzerland.”

NNPC had in a statement signed by its Acting Group General Manager, Group Public Affairs Division, Ms. Tumini Green refuted the allegation and described the entire report “as mere phantom”.

Green said that the publication was not “only bogus, but also strewn with inaccurate and poorly researched data which defy common sense and verifiable evidence in Nigeria.”

On the allegation that Nigeria’s crude was sold to some companies at a special discount, Green declared: “Nigeria’s crude oil is sold at the published Official Selling Price (OSP), which is not only benchmarked against the internationally recognised pricing institution, Platts daily publications, but also fixed after a critical analysis of market fundamentals and price determinants at a global level.” [TD]