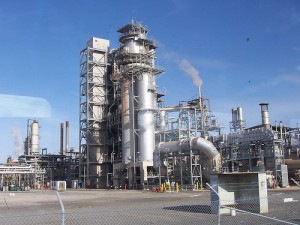 Oil workers, under the auspices of the Petroleum and Natural Gas Senior Staff Association of Nigeria (PENGASSAN) and the National Union of Petroleum and Natural Gas Workers (NUPENG) have described the planned sale of the nation’s refineries as a move against the national interest of Nigerians, but only in the interest of “a few Nigerians who are lurking around the corridor of power to milk the country dry.” The workers therefore vowed to resist the plan to privatise the refineries.

Speaking against the backdrop of the plan by the federal government to privatise the refineries located in Kaduna, Warri and Port Harcourt, PENGASSAN President, Mr. Babatunde Ogun, berated the government for its decision to sell the nation’s assets without considering available options and rational rule for such a lucrative business deal.

In a statement on the oil workers’ position on the planned sale of the refineries, Ogun alleged that the government advertently underfunded the refineries and deliberately refused to carry out routine Turn Around Maintenance (TAM) and failed to supply adequate crude oil to the refineries to have reasons for selling them to those in the corridor of power.

According to him, instead of outright sale of the refineries, the federal government should adopt the Nigerian Liquefied Natural Gas (NLNG) model in making the refineries more efficient.

Under the model, the National Oil Company (NOC) will emerge owners of the four refineries, holding a substantial minority share, while core investors and local participants will hold the majority while the staff, trade unions and the host communities hold minority shares.

Ogun said the refineries should be stand-alone entities independent of either the Nigerian National Petroleum Corporation (NNPC) or the proposed National Oil Company (NOC) as contained in the Petroleum Industry Bill (PIB), while the board of management of each refining company should be fully responsible for its success and failure.

He advised those planning to sell the refineries and their cronies planning to buy them to emulate Chairman, Dangote Group, Alhaji Aliko Dangote, and establish their own refineries instead of waiting to corner the nation’s common investment for their own selfish interest.