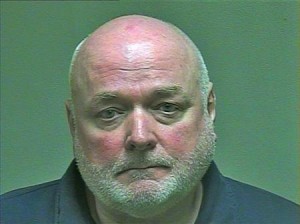 Oklahoma City police have arrested a man who escaped from a Maryland prison more than 30 years ago after he contacted them to say he was tired of paying off a business partner who threatened to expose him as a fugitive.

Anthony Rackley, 62, escaped from a Maryland prison in 1980 after being convicted of robbery. He later took on an alias and earned a living raising funds for the Lions Club community service organization.

“He called back and said he needed to talk to us about a situation. He said ‘I’m a prison escapee from Maryland.’ He was very forthright and forthcoming.”

Going by the assumed name Jack Watson, Rackley told police his fundraising partner knew he was a fugitive and was demanding a large chunk of the money they raised for the charity to keep quiet.

When the man asked for additional money earlier this week, Rackley said he had had enough.

“He was willing to go back to jail to stop it,” Knight said.