Primate Babatunde Ayodele, General Overseer of INRI Evangelical Spiritual Church, Lagos, bares his mind on the proposed National Conference, Nigeria’s fate in the hands of Goodluck Ebele Jonathan in 2015, the leadership of the Christian Association of Nigeria, CAN, airplane crashes and the crisis rocking the polity. Excerpts: 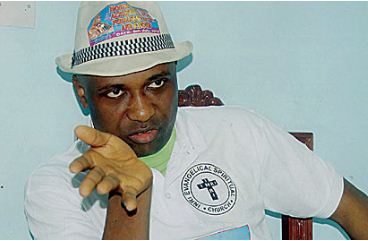 Is there any spiritual undertone to airplane crashes in Nigeria?

There is. When there is a cleansing for the whole nation, then the aviation sector will be calm. For now, there are still going to be troubles in the sector and some ministers will be removed from the cabinet. I could see some averted plane crashes, but still, I advise that the air force and police watch their aircraft very well. The presidential fleet should also be guarded against technical faults. Nigerians do not respect God, that is why the Dana plane crash occurred the other time despite warnings from God. That also is exactly what is affecting this government.

There’s going to be a lot of political turmoil in the polity. Governor Rotimi Amaechi particularly has to be very careful because they want to ground him politically; they want to rubbish him. He also should manage his court cases well. Kwara State’s Bukola too should manage his court cases so they are not used against him. Akpabio and Presidency will face challenges. The seven governors in the New Peoples Democratic Party-nPDP- will come back to PDP; they’re just wasting their time.

The All Progressive Congress, APC, will be a strong opposition but it will not be able to overthrow the PDP in 2015. In the end, where are these leading us; will they work in our favour as a nation? Nigeria needs a lot of prayers to avert dangers ahead. I’ve said it several times that Nigeria is going to break. Even this National Conference will take us nowhere! Kidnapping for instance has come to stay! Government will only do its best but it is coming to the South-west as well. Before Nigeria splits however, we need prayers to sustain the country and end disasters. The problem is that we have a president who has turned deaf hears to the word of God. AndCAN is unfortunately nothing to write about. You just said the national confab will lead us nowhere while most people seem optimistic about it… There will be elections in 2015.

However, the National Conference is a mere waste of resources and time because nothing will come out of it. Even when decisions are taken at the end of the conference, they will not be executed. When the time comes for a genuine National Conference, you will see the signs and be convinced. But this particular conference has a lot of political undertones which I will not disclose because I am speaking as a prophet, not a political analyst. I therefore want to rename it a ‘corrupt national conference’.

But is Jonathan the best candidate for 2015?

Jonathan’s second term will cause some problem in this country. I see republics coming out. Mind you, may have more pipeline explosions and bombing is not over. Jonathan is not fighting Boko Haram the way he is supposed to fight it! The truth is, Boko Haram is more spiritual than physical and until the sect is weakened spiritually, it will not go.

Are you indirectly advising Jonathan to step down since you’ve said his second term will not be fantastic?

If I say he should step down, he will not listen. So, I will let him go and see the consequences. The only way forward is to consult God. By a very slim chance, he will get his second term, but that second term will not be fantastic. Where exactly has CAN gone wrong? They go to Mr.President every now and then, why can they not advise him on what to do and what not to do? Truth is bitter but you have to say it! CAN is political! Ayo Oritsejafor is not operating as CAN but as a Christian politician. CAN is blindfolded and there is no leadership in it. That’s why we’re getting so many things wrong in Christendom. CAN doesn’t know how many churches we have in the country, it has not created any youth empowerment or pastors’ empowerment. CAN should be scrapped.

Christianity is not how rich you are but how well you’ve been able to touch the lives of others. CAN should employ not less than 20,000 youths and should do something about women, widows. The truth is: Ayo Oritsejafor is a politician and not a pastor. If any white garment church should invite Ayo, he won’t go! We need somebody who is more vibrant as CAN leader. What if he is turning down their invitations because he doesn’t see them to be genuine? Is he God to say a church is not genuine? Any man who does that is not a pastor! It’s not your right to say you are holy! But the Bible says God has blessed us with the spirit of discernment… Can Ayo see? Is he a prophet? How can he tell me his spirit discerns? White garment churches are among the best worldwide! That’s why you see influential men and women going to them for prayers!

Why don’t they remain in their Pentecostal churches?