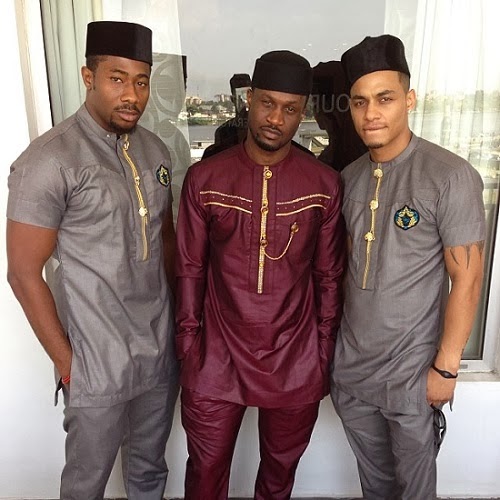 People who know Emmy Collins, know how good he is at dissing celebrities on his blog. Three days ago Emmy went on his blog to diss Peter okoye’s wedding outfit. Here’s what Emmy wrote on his blog: 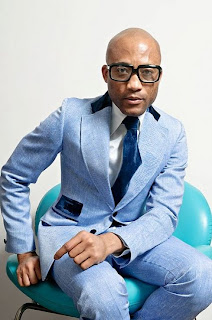 If you guys don’t offer accolades to me for restraining myself from critiquing Lola and Peter Okoye during their wedding, I will claim it in Jesus name, Amen. Yes, there were enough talking points from that wedding yet I refused to touch them even to the extent that a few comments insinuated that I was playing what someone described as “Pasha”.

Well, I must say that Peter and the dudes on this image were totally off the mark when they decided to deck themselves in this hideous polyester kaftans. As if the fabrics weren’t disastrous enough, the quality of stitching employed in putting it together compares with the worst I have witnessed so far considering the fact that it is Peter`s wedding for crying out loud and of course he is not short of a bob or two. Before you move on to the next image, please work your eyes to the hemming of the kaftans especially that of the guys that are flanking Peter on the left and right.

Peter who didn’t find the post funny, took to twitter to ask his fans who Emmy Collins was and a badass fan told him Emmy is ‘a failed blogger and a fashion designer’ and Peter replied by saying Emmy must be frustrated.

This is so hilarious and I really think Emmy should take a seat. lol