Aravindan Balakrishnan – who goes by the name “Comrade Bala” – was arrested along with his wife Chanda last week on suspicion of slavery and immigration offences. 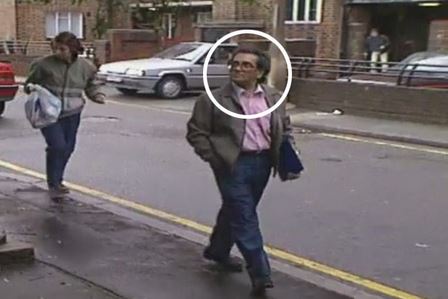 Revealed: Aravindan Balakrishnan was arrested along with his wife last week on suspicion of keeping three woman as slaves

Police revealed they freed three women, a 67-year-old Malaysian, an Irishwoman, 57, and a 30-year-old British woman from a property in Brixton, south London.

Balakrishnan, 73, tried to convince recruits he was a Messiah-like figure and got them to hand over all their wages to “the cause”, said Mr Heslop, 59.

The sect leader called himself “Comrade Bala” and told disciples: “I am Christ, follow me,” during meetings at the group’s then base in Brixton, south London.

Followers were cut off from their families, while member Sian Davies was convinced to hand over her home and £10,000 before her death in 1997.

It came as one of the “slaves” was revealed as the daughter of a famous Second World War codebreaker.

Secrets: One of the women is said to be daughter of a famous code breaker who worked at Bletchley Park

Josephine Herivel’s father is believed to have been Brit hero John Herivel, one of the top boffins at Bletchley Park who cracked the German Enigma code.

She is among three women suspected of being held prisoner for more than three decades by Aravindan and wife Chanda, 67.

The trio were being formally interviewed by detectives yesterday after the go-ahead from trauma experts.