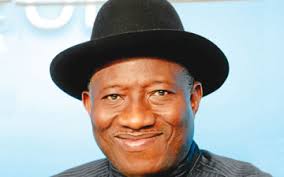 President Goodluck Jonathan, yesterday, returned to the country and thanked Nigerians for the show of love extended to him while he was indisposed duringan economic forum in London.

Speaking to journalists shortly after he arrived at the Presidential Wing of Nnamdi Azikiwe International Airport, Abuja, from London, President Jonathan said; “I had health challenges. I thank God and I thank Nigerians for the concern they showed. I appreciate the show of love and concern by Nigerians.

“On Wednesday, even though I was in London, I read how people congratulated me, remem-bering my birthday that I don’t normally celebrate anyway.

“I really had some health challenges and I have to thank God again that I am very okay to resume work from this night (yesterday).

“The most important thing is that I am back. You will expect that when you are holding a political office as the president of a country, anything that affects you attracts a lot of attention.

“If the President is sick, this alone will definitely cause apprehension even if you don’t know the ailment.”

He also confirmed that he will have a meeting with the group of seven governors who are estranged from the Peoples Democratic
Party, PDP, this week despite the seeming escalation of the crisis between the governors and the party.

The President said: “I believe within the week we will be able to meet. Politics is about discussion. We belong to the same political party.

“Even during elections people discuss. So we will continue to discuss.”

President Jonathan also confirmed that he had received the report of the committee he set up to investigate the purchase of armoured vehicles by the Nigerian Civil Aviation Authority, NCAA, allegedly for the Minister of Aviation, Stella Oduah.

The President, however, did not say whether government has taken action on the report of the committee.