The Academic Staff Union of Universities has asked for an autopsy to determine the actual cause of the death of its former president, Prof. Festus Iyayi. 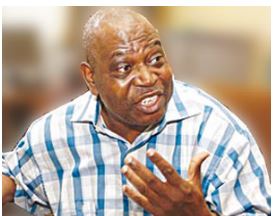 The varsity teachers’ union is said to be suspecting foul play in the death of Iyayi who died after his vehicle was involved in an accident with a vehicle in the convoy of the Kogi State Governor, Capt. Idris Wada (retd.), on November 12.

ASUU’s suspicion that the cause of Iyayi’s death could not have been the injuries he sustained in the accident was said to have been fuelled by an object, which reportedly pierced through the late activist’s body.

The University of Benin chapter of ASUU, in a statement on Monday, said, “Prof. Festus Iyayi did not just die in an accident, but was wilfully murdered by the state and its agents.

“At the appropriate time ASUU and Prof. Iyayi’s family shall demand concrete answers from the state for his murder.”

The statement, which was signed by the union’s chairman and secretary, Dr. Anthony Monye-Emina and Okeri Henry, respectively, said it was aware that there were deliberate steps by the state and its agents to distort facts of the accident as it happened.

It stated, “This started with the reckless and irresponsible press statement that was issued by the Kogi State Government to try to explain away the killing of Prof. Iyayi, and there are further attempts to conceal and distort available evidence. We shall of course meet them with the facts.”

Warning state officials to stay away from Iyayi’s funeral rites, ASUU said, “Iyayi’s family are capable of giving the late professor the befitting burial he deserves.”

It also served notice that “Governor Idris Wada and those ancilliary to the accident will be made to face trial for the murder Prof. Iyayi.”

Commenting on the development, Iyayi family spokesman, Prof. Robert Ebewele, said that the issue of autopsy was ASUU’s affair and that the family would go ahead with the burial already slated for the first week of December.