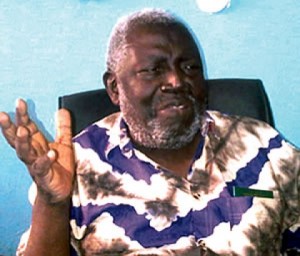 Members of the Omoruyi family have settled their differences ahead of the burial of late Professor Omo Omoruyi, and have now set up a burial committee to give him a befitting burial.

The late Political Scientist died in Benin on October 14, after several years of battle with cancer.

Three of his children and brothers were all at the palace to brief the Oba of Benin, Oba Erediauwa, who gave his blessings for the burial arrangements, which commences Thursday, November 21.

The Esogban of Benin, Chief David Edebiri, who is related to the late Professor Omoruyi, led other members of the family to the palace, yesterday.

Chief Edebiri, who spoke to Vanguard explained that “our brother was a great man both in Benin Kingdom and the world as a whole.

“So there is no way that kind of person will be buried without informing our royal father. The Oba has to give his blessings before the burial, which he has given to the family now.”

On the earlier disagreement between family members on the burial arrangements, Chief Edebiri, said: “There is no problem at all. The major thing is that he will be buried this weekend.

“All arrangements have been made to give him a befitting burial. You can see that his children and brothers were all at the palace to see the Oba. That tells you that everybody is united.”

A member of the burial committee, Mr. Victor Ebomoyi, who also spoke to Vanguard, said that “everything is set for the burial this weekend.”