A Consultant Neurologist, Prof. Adesola Oguniyi, on Wednesday in Lagos said red pepper was a natural pain killer and an alternative to medication. 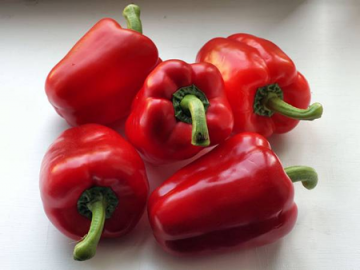 Oguniyi, who works with the University of Ibadan said  that extracts from red pepper were essential in pain treatment.

“Studies have shown in some parts of the world that extracts from red pepper, especially the capsicum specie, can actually be used to treat pain.

“It is not the pepper that will be rubbed directly on the affected area; it is the extracts from it, which would have been processed in a laboratory.

“It is useful as a topical preparation; when you apply it on the skin, initially, it burns, but after a while, the person does not feel the pain again,” he said.

According to Oguniyi, red pepper extract is safe for most people, although, it is not supposed to be applied directly on open wounds or irritated areas.

He said various types of mild and moderate pains could be controlled with red pepper extracts as an alternative to medication or medical procedures.

According to him, the extracts can be applied on the affected areas of pains such as back pains, cluster headaches, rheumatoid arthritis, shingles and nerve pains due to diabetes.