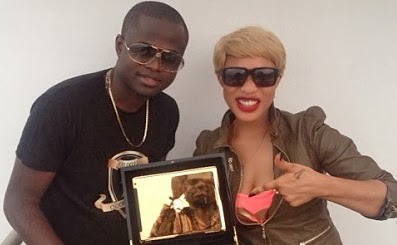 In case you didn’t know, Micheal Awolaja is the guy behind all Tonto’s customized Diamond iPhones, Rolex and more.
According to Celebrity blogger, Emeh Achanga:
“Tonight, Tonto Dikeh walked into the ELOY Awards venue with two handsome men by her side. Sexy Steel & Micheal. When she won her award for best actress, she thanked her fans and got everyone saying ‘aw’ when she said “I’ll also like to thank my boyfriend” pointing at him.

When I  followed the couple outside to confirm this, Tonto said:

“I’m gonna sue someone if this story is put up. You don’t know if it’s true or not. I just said he’s my boyfriend but you don’t know if he’s actually my boyfriend or my friend. Besides I might have a husband at home and he might be pissed off if he reads this. That’s how all you bloggers go around putting fake stories that might not be accurate. Make sure you get your stories straight.

Blushing and laughing, Micheal jokingly said “I’m gonna sue you for this”.

Check out some of the expensive gifts that Tonto has gotten from her super rich boyfriend in recent times. 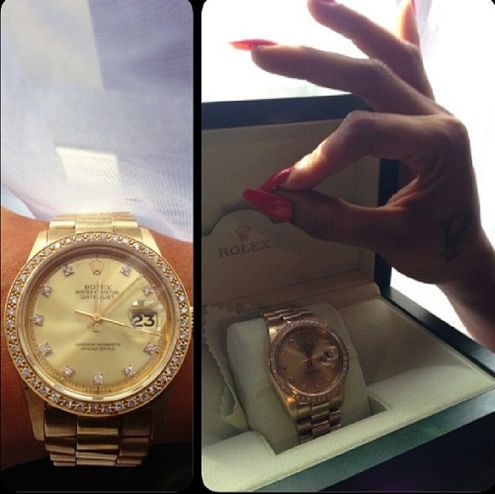 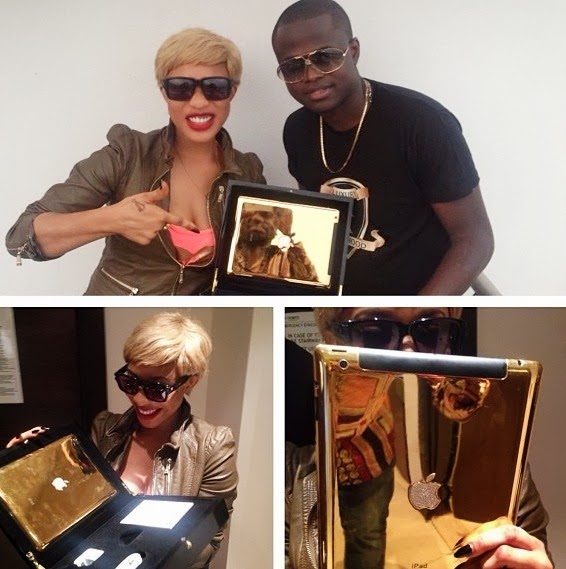