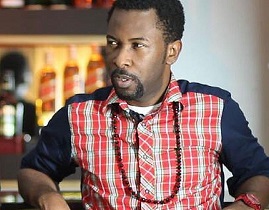 The 2013 edition of the Most Beautiful Girl in Abuja has come and gone with many still talking about the success of the event; however, mix reaction continues to trail the outcome of the event over the controversial revelation by Ruggedman about his experience in the hands of the organizers.

Ruggedman who supposedly attended the event alongside other top celebrities to include former Super Eagles Coach, Samson Siasia, Sylver Nduka, MBGN (2011), Oge Okoye, Chuks the General, Matilda Duncan, Fred Bright and a host of others walked away from Abuja, claiming to had been duped by the convener of the event, Mr Ejiro Ekhipwo. In Ruggedman’s long write-up, he had rained curses on the organizers for failing to pay him his N100,000 honorarium for the show, and for letting him fly back without a return ticket.

But in a swift reaction on behalf of the organizers, Mr. Ejiro denied having done anything wrong to Ruggedman, threatening to sue him for not heeding to the terms of their agreement. He said Ruggedman had pleaded to perform at the show, just to build more fan base as he is about to drop a new album. He said that the so called honorarium that Ruggedman was ‘hammering on was only N50,000 and not N100,000 as he had alleged.

Ejiro had in a statement issued in Abuja and obtained by DailyPost ,presented his own side of the story.

Mr Ejiro had said vehemently that not in the history of the entertainment industry had an artist of Ruggedman’s status humiliated himself over such a little amount of money as claimed.

Hear my own side of the story before you crucify me:

First of all, I’m embarrassed that this man, Ruggedman, could bring himself so low by exposing his own shame publicly in the media. I’m embarrassed because no artiste could have done what this guy did to us even when we felt we were doing him a big favour. Look, I have organized several editions of this event, and different artistes have graced our event, but we have never been swindled before. This is our first experience, and unfortunately, it’s an artiste who has lost audience appeal that did this to us. I had wanted to let this pass, but since he has gone to humiliate himself in the media, I will follow this up. I’m consulting with my lawyer at the moment, and we may be suing ruggedman for defamation of character, and his failure to heed to our earlier agreement with him.

It’s amazing the way Ruggedman misbehaved. As a supposed respected elder in the business of entertainment, we never expected that from him. No wonder he had a fight with his boy, 9ice who became bigger and better than him in the music game.

Quite frankly, what we do when we are bringing an artiste to our show is to pay the person upfront, you give us your most convenient time to travel, and we book your return ticket. It’s laughable and extremely ridiculous that Ruggedman is claiming we were to pay him honorarium of N100,000. I couldn’t have paid him N100, 000 when he was the one who begged us for the show. He said he wanted an award to get himself acquainted with his Abuja fans. This is not what we would have loved to say in the public domain, if not that he has gone public, because we respect all the artistes we deal with, no matter the status. Having called me personally to beg for the award, we told him, look, we will appreciate your appearance after our event as we did not put you in our budget earlier. We then booked for his flight, we sent him the tickets reference number and he came into Abuja on Friday, the 25th of October, 2013 and was picked up from the airport without delays. He was also checked into a classic hotel with a four star value as agreed, with food and drinks on ground for him to enjoy a day before the event.

Ruggedman refused to pick up his calls: He had over 30 missed calls from us.

Unfortunately for the MBGA organizers, Ruggedman refused to pick up calls placed to him. In fact, He went ahead to even show some other artistes that were in the hotel with him , that “see, see, see, the organizers of the event are calling me, but I will not pick, I will make them go through hell since they have refused to see me since yesterday that I arrived’’ How could he have made such claims. Who picked him up from the airport then? The pack of lies is clearly childish and pointless.

We wondered at the change of agreement and his refusal to pick up calls. The question was why was our own Ruggedman disgracing himself over N50, 000 that we agreed to pay him after the event? At list, we expected him to pick up his calls and give us his new terms, but he never did. Information got to us that he was to have a meeting with some people that time over his album, the reason he used our show to transport himself to Abuja. We never believed that in the first place, but it got clearer to me the next day, when this guy showed no remorse towards his actions. Funny enough, he was waiting for his return ticket, and his honorarium, and we kept wondering ‘’ what are we honouring him for?’’. Appreciating him for eating our food, drinking our bear, wasting our ticket money, time and energy? Appreciating him for rudely and unapologetically denying that we brought him into Abuja, appreciating him for ignoring over 30 missed calls? These were the series of questions begging for answers. Ruggedman, even at that, had the guts to take our case to the media; the world is very funny.

Why only Ruggedman? Why not other artistes?

If we can invite all the Nollywood acts, artistes and comedians like him, why should we not want to pay him a little amount of N50, 000 only?

His unbearable attitude and its effect on his career

With an apology, I want to say that Ruggedman is really not a good role model, and that has resulted to his poor performance over time. I think the name rugged is influencing his life and his career. He needs to redefine his name, and what he represents as an artiste. You cannot continue to fight people who try to make you relevant as an entertainer. It’s sad.

Why did we invite Ruggedman and not an A-list artiste?

We knew this guy was not an A-List artist, yet we went ahead to invite him to be awarded, Just to have him get on track. He attested to the fact that we were creating visibility for him, but we were shocked at what we received from him; insults, by putting up a very sad news just to tarnish the good name and record of MBGA event. We won’t just let this pass. We will ask some legal questions on why he should come out to castigate us without reasons. We are very sorry for him, because he is going to pay the MBGA for all damages he had caused the event.

Why we abandoned him in the hotel after the event

We admit that we abandoned him at the hotel in Abuja after the event because he refused to perform his own part of the gentlemen agreement we had. would it have been nice to pay him even when he refused to pick up our calls to perform at the show? Had he performed at the show and we refused to pay him, then his media query would have been a little reasonable. How would he have expected the MBGA to pay for his fare back to Lagos? He is a very nonsensical element and should be treated as such. This same Ruggedman stayed in that same hotel on our bills from Friday, a day before the event till Monday; that is two days after the event. So, we told the hotel to check him out once its 12noon on Monday, the 28th of October 2013. What kind human being is he? How could he be talking about God, when God is already angry with him? This God don suffer for people mouth jor.

Rugged man will hear from us very soon. Our lawyers will serve him for damages and he will pay from his nose. It’s funny and unfortunate that he can’t even afford to answer a case at a competent court of law. I think he needs some help, but he is yet to realize that. How can an artiste be fighting all through his career? Is that supposed to be his own calling?

I did not threaten him, nobody did that, instead, he was using different people to threaten us. I think the guy wants to use us to promote his album, but we won’t let his gimmicks distract us, as we will continue to pull great events for Abuja people.”

We sincerely appeal to all our fans to remain calm and focused, believing that we have better things for them. Everybody is a partner in what we do. We do not have any police bosses as claimed by ruggedman. He just deleted me from his Blackberry contact; else, I would have copied all the chats I had with him for you. He did that purposely to conceal our gentleman agreement.