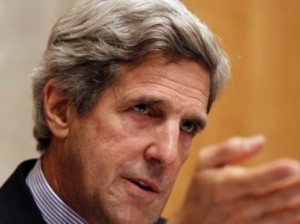 US secretary of state, John Kerry, Thursday conceded that some of the country’s surveillance activities had gone too far, saying that certain practices had occurred “on autopilot” without the knowledge of senior officials in the Obama administration.

In the most stark comments yet by a senior administration official, Kerry promised that a previously announced review of surveillance practices would be thorough and that some activities would end altogether.

“The president and I have learned of some things that have been happening in many ways on an automatic pilot, because the technology is there and the ability is there,” he told a conference in London via video link.

“In some cases, some of these actions have reached too far and we are going to try to make sure it doesn’t happen in the future.”

In recent days, the Obama administration has put some distance between it and the National Security Agency (NSA). Kerry’s comments are a reflection in particular of a concern about the diplomatic fallout from the revelation that the US monitored the cellphone of the German chancellor, Angela Merkel.

The tactic has irritated senior intelligence officials. On Thursday evening, the director of the NSA, General Keith Alexander, blamed US diplomats for requests to place foreign leaders under surveillance.

He added: “One of those groups would have been, let me think, hold on, oh: ambassadors.”

Alexander said that the NSA collected information when it was asked by policy officials to discover the “leadership intentions” of foreign countries. “If you want to know leadership intentions, these are the issues,” he said at a discussion hsoted by the Baltimore Council on Foreign Relations.

Ever since former NSA contractor Edward Snowden turned whistleblower was granted asylum in Russia, a series of leaks has threatened US relationship with Europe, with France, Germany, Italy all asking for explanations on spying claim in leaks.