Tucson Police, Arizona, U.S.A., investigates the case of stepfather, Fernando Richter, and mother, Sophia Richter, who held three malnourished girls, aged 12, 13, and 17, in deplorable conditions. The girls even used their closets as bathrooms at times, and did not wash from four to six months. 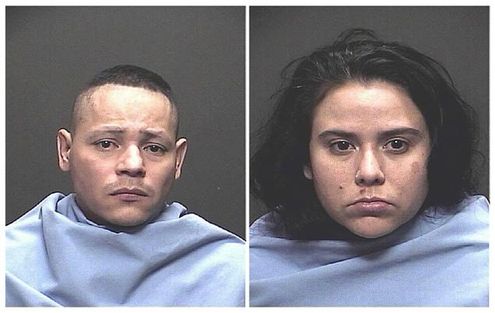 The home where three girls were held captive was a house of horrors with 24-hour surveillance, an elaborate alarm system and music blasted round the clock, the local police narrated on November 27, 2013, Wednesday. The parents, 34-year-old stepfather Fernando Richter and 32-year-old-mother Sophia Richter failed to let them out.

The girls told police they were held captive for as long as two years, were given only one meal a day and hadn’t bathed for the last four to six months.

The girls were fed a noodle “goulash” cops said, and occasionally fresh fruit. Bathroom visits were requested, but if the parents would not allow them, the girls used bags and jars in the closet as modified toilets.

Chief Roberto Villasenor, Tucson Police, confirmed to the newsmen that the girls were imprisoned by “a variety of means both technological and psychological.”

“The home was alarmed extensively throughout the perimeter openings and interior openings so that anyone who opened doors, there would be immediate notice,” he said.

Video cameras were aimed at the girls’ beds 24/7, Villasenor said, though it’s unclear if the recordings were streamed outside of the home.

Police made the stunning discovery when they were called to the home at 4.02 a.m. Tuesday for a domestic disturbance involving a knife.

Upon arrival, they discovered the 12- and 13-year-old girls who had fled to a neighbor’s home. They said Fernando had tried busting into their bedroom with a knife, forcing them to flee.

The policemen who rescued the eldest girl said that her room was sealed off with towels pressed against the doors and windows.

The ducts were also taped over, making the music piped into the room nearly inaudible from the outside, Villasenor said. The parents played hip-hop music for the 17-year-old, cops said, while the younger girls had Latin music piped in. Villasenor said if the girls began to like the music, the sick parents would change it to the sounds of static. The music was so loud that the 17-year-old had no idea police had arrived at the home early Tuesday when the girls were rescued. The officers were stunned by the volume when they opened the door

When the three were reunited investigators said it was clear the younger two girls hadn’t seen their big sister in a long time and that they noted the change in one another’s appearances, Villasenor said. The girls are now together in a group home, he said.

The unemployed couple now face multiple charges of kidnapping and child abuse of the girls. The stepdad also faces a charge of sexual abuse with a person under 15.