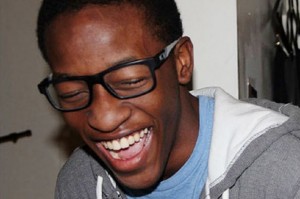 A student has managed to survive after falling 10 stories and being trapped between two buildings for over 24 hours.

Asher Vongtau, 19, is in serious condition in hospital after emergency services removed him from between two buildings in New York.

He had fallen into a tight space between a parking garage and the New York University dorm building – although officials are not sure how.

Incredibly, Vongtau was conscious when he was finally rescued.

“He was conscious, he was moving, he was definitely tired,” Fire Chief Joseph Schiralli told the New York Daily News.

Fire crews had to break down a nearby wall to reach him – lowering a breathing apparatus to help him through the hour and a half rescue operation,

Vongtau, originally from Pittsburgh, was squeezed into a space that was just a foot and a half wide.

Fire officials said the only way into the crawl space was from above, and they believe the narrow walls of the air shaft where Vongtau fell broke the fall.

Friends reported Vongtau missing after he stopped replying to texts on Saturday.

There will now be an investigation to see whether a false fire alarm caused his fall.

“I saw him frantically running up the stairs while people were exiting the building because the fire alarm had been pulled,” said fellow student Colin Chenel.

There were reports that people heard screaming coming from the lower levels of the dorm.