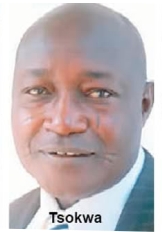 Wednesday and Thursday have been declared as days of mourning in honour of late Haruna Tsokwa, by the Taraba State House of Assembly.

Mr. Tsokwa was the Speaker of the Assembly until his demise on Moday after a brief illness.

In a statement signed by the Deputy Speaker, Adamu Maikarfi, the Assembly directed that all flags at the Assembly complex be flown at half mast during the period.

Meanwhile, the deceased’s family has released the Speaker’s burial arrangement.

According to a release signed by Martin Tsokwa, the body would leave Jalingo for his home town Takum, on November 27 after a service of songs at his residence in Jalingo on November 26.

The statement said the funeral service and final internment would be held on November 28 in Takum.