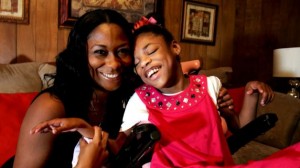 One sunny morning during my Paediatric posting at the Neonatal Intensive Care Unit of Olabisi Onabanjo University Teaching Hospital, Sagamu, Ogun State, Nigeria, Mother called. The voice was worrying, the tone was urgent, yet the plea was simple: I was to receive some neighbors rushing down to the hospital because their new baby was unable to cry. I dashed to the children emergency ward and met with these anxious looking neighbours hoping for a quick solution to their child’s health. But there was nothing quick about the solution.

The baby was subsequently admitted at the Neonatal Intensive Care Unit for many weeks after which he was discharged, but not without permanent impairment to normal health having being diagnosed with cerebral palsy secondary to birth asphyxia. Alas, this scar is for life.

Upon interacting with the parent, I discovered that the child was delivered at a traditional center and not a proper health institution. The parent however opined, rather convincingly, that that had nothing to do with the problem, that it must have been a spiritual attack following certain quarrels just before the innocent child was born.

Cerebral palsy is a disorder of posture and movement which is caused by a permanent and non-progressive insult to the developing brain. Cerebral palsy is in this part of the world a common – the prevalence of cerebral palsy among paediatric neurology clinic of the Olabisi Onabanjo University Teaching Hospital from 2000 to 2006 was a dashed 50.3% – neurological disorder of childhood with significant medico-social implications. The permanent brain lesion that results in cerebral palsy affects other brain functions apart from the motor area, often resulting in speech, auditory, visual and mental deficits.

Like this boy, children with cerebral palsy are not able to achieve their developmental milestones – compared with other children of their age – and as a result they remain an ever-present burden to their parents, immediate family and the society at large. Some of them get abandoned, abused, and neglected; their future remains in uncertainty because there is no nationally known platform or special institution dedicated to their special needs in Nigeria. They are not integrated into the society: the boy aforementioned stays with grandparents in the village ostensibly away from embarrassing looks; actually from embarrassing the family.

Heal the World Foundation Nigeria aims to help children and people with disabilities, orphans and the less privileged in Africa by supporting their education, welfare and health care.  And we need you: Let’s help the helpless  – together! 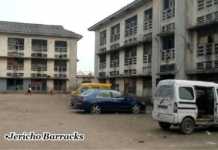