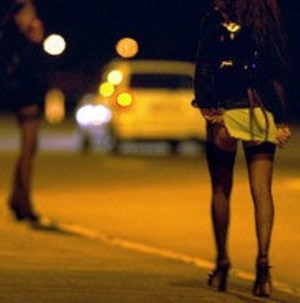 Five women in different Spanish cities were freed from the clutches of the gang after a long operation that began at the beginning of the year, on the basis of information from a young African prostitute, a police statement said.

In August, police rescued two little children, one of them aged three, from an address in Valmojado, some 50 kilometres (30 miles) from Madrid. They were found in poor health and malnourished.

“They were kept locked in separate rooms… at times gagged and tied to the bed” by captors who fed them tranquilisers to keep them docile, the statement said.

“The children were to guarantee that the women paid off their ‘debts’ by going into prostitution and to stop them running away.”

The mothers were eventually found in France, where they were forced to work as prostitutes.

The criminal gang holding them used that and other strategies to bring Nigerian women to Spain and force them to work as prostitutes, the police said.

The women were “enticed with fraudulent promises, with false job offers or by abusing their precarious situation”. They were smuggled to Spain by boat from Morocco.

Once in Spain, they were sold to pimps in EU countries, the statement said.