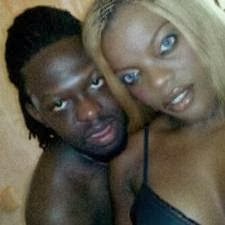 In a recent exclusive interview with the Punch newspaper, Timaya aka the Egberi Papa 1 of Bayelsa, opened up and said he dated someone who had a bad record and that affected him.

You can recall that Timaya dated actress Empress Njamah (who recently said she can’t date a poor man) for a few years before their much publicized affair ended in 2009.

He siad: –
“You should not date somebody who already has a negative record. In my own case, it affected me at that time. I feel that a relationship should be between two people and not exposed to the rest of the world. Only a smart man is able to keep his relationship private.”
“You see, Desmond Elliot and Jimmy Jatt are both married, but you will never see their wives in public. Naturally I’m a private person. The only thing that takes me out of my shell is my music, which is what I do for a living. It seems that the only thing people know about me is that ugly episode. So I don’t like to talk about it,” he says, adding that he has learnt a lesson from the experience.”