Home News Feed Toyin Lawani Gets Angry At Her 21-Year-Old Fiancee For Getting Drunk At...
Facebook
Twitter
WhatsApp 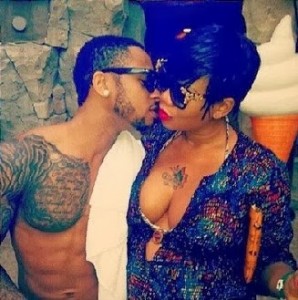 Popular fashion stylist, Toyin Lawani was reportedly spotted cautioning her fiancé Trigga Kess (who happens to be 10 years younger than she is) at Peter Okoye‘s traditional wedding to Lola Omotayo.

It was revealed that the 21-year-old had a little too much to drink.

Witnesses also revealed that Toyin approached him, grabbed his ear and pulled it, whispering to him to slow down on the alcohol. The young man actually composed himself afterwards.

Seems like she is more his mother than his wife. But hey, whatever makes them happy