Truth Of The Matter… Ruggedman VS MBGA Organizer Mr Ejiro 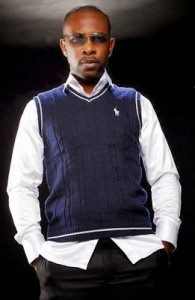 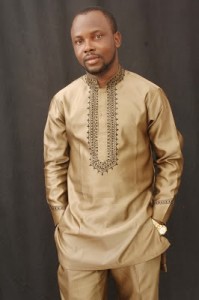 Remember how I brought you reports that rapper Ruggedman was accusing a certain Mr Ejiro of being a fraud?

Well, Mr Ejiro was interviewed and given a chance to say his own part of the story and this is what he had to say: –

Saturday 26th October was a great success as the 2013 MBGA event ended in a grand style. The event started with the display of the beautiful contestants who represented the 36 states capitals of Nigeria.

All the performing artists scheduled for the event performed superlatively and the crowd enjoyed every bite of it.

The event played host to the people deciding who the winner becomes by using their tickets as voter’s card. The fun seekers ended up choosing the 2013 MBGA Queen , MISS OKOLI OBIAGELI ESTHER, who represented Kaduna State

And at the event the crowd also witnessed a great turn out with the special appearances of the under listed artists, comedians and politicians who represented the presidency.

15. GOSPEL ON THE BEAT – MUSIC PRODUCER

What was Ruggedman actually invited for?

Ruggedman was invited to receive the 2013 MBGA Award as an artiste who had done so well in the music industry, and a fight was what this recognition has caused us the organisers.

Mr Ejiro please can you tell us what really happened?

Mr Ejiro who is the head of the event organization went further to state a brief story of how rugged man has misbehaved, especially as a supposedly respected elder in the business of entertainment, no wonder he had a fight with his boy 9ice who became bigger and better than him in the music game. Ruggedman: CALLED ME: begging to be on the event list of awardees and performance with his so called backup singer on a faithful day. We accepted he should attend the event as an award winner and also do a performance for his fans. In this said informal agreement we on our own side are expected to do him a to and fro air ticket from Lagos for two persons, him and his so called backup singer, hotel accommodation, and feeding for the time they will be staying. We sent him the tickets reference number(ZYRBRL-Aero contractors) and he came into Abuja on Friday the 25th of October 2013 and was picked up from the airport without delay. He was also checked into a classic hotel (Top Rank Galaxy Hotel, 2 rooms) alongside other celebrities as agreed, with food and drinks on ground for him to enjoy a day before the event.

But unfortunately for us ruggedman refused to pick calls placed to him to get the N100,000 agreed upon by the two parties. In fact, Him ruggedman went ahead to even show some other artistes that also came for the event with him in the same hotel we kept him, that see, see, see the organizers of the event are calling me I will not pick, I will make them suffer since they have refused to see me since yesterday when I arrived, we really wondered why our own ruggeedman would wish to disgrace himself over N100,000 ONLY. At least we expected that he pick his calls and we talk on how he wants the payment to come to him, if we can invite all the Nollywood acts, artistes and comedians like him why should we not want to pay him a little amount of N100,000 ONLY.

Mr Ejiro,what are your final words

RUGGEDEMAN IS REALLY A VERY BAD PERSON THAT’S WHY HE HAS NOT BEEN ABLE TO WRITE ANY GOOD SONG AGAIN. He will continue to go down as far as we are concerned and this is because he is no more an A CLASS artist and we went ahead to invite him to be awarded JUST TO HELP HIM BACK ON HIS FEET AS A FORMER TOP GUNNER IN MUSIC but what we have received from him was him trying to insult our personality by putting up a very inciting news with the name of the MBGA event on the net. We are very sorry for him because he is going to pay the MBGA for all damages he has caused the event. He was abandoned at the hotel in Abuja after the event because he refused to perform his own part of the informal agreement as an artiste so he shouldn’t expect the MBGA to pay for his fair back to Lagos. He is a very nonsensical element and should be treated as such. This same ruggedman stayed in that same hotel on our bills from Friday a day to the event to Monday two days after the event. So we told the hotel to check him out once its 12noon on Monday the 28th of October 2013.

Rugged man will hear from us very soon, our lawyers will serve him for damages and he will pay from his nose but its funny the unfortunate thing is that even if he’s sued he doesn’t have a dime to pay the MBGA. He is a poor rat that should be down trying to be up again but contrary is the case because he decided to bite the finger that fed him.

He keeps fighting all the days of his life because he is a bad person, we appeal to all our fans to be clam and be good. Better things are still on the way for us all. We have decided to move Nigeria to the next level and the likes of ruggedman can never put the MBGA down. He is down as an artist and that remains his business.

We have finished our 2013 event and what we are doing now is to kick start our pet project so that our new queen can achieve something in good time and add great value to the lives of the under privileged Nigerians.

After the interview we asked if we could put up his number, so he could confirm the story himself, he obliged  For more information you can call the organizer himself Mr Ejiro of the event on 08034523698.