Prepare to be amazed… 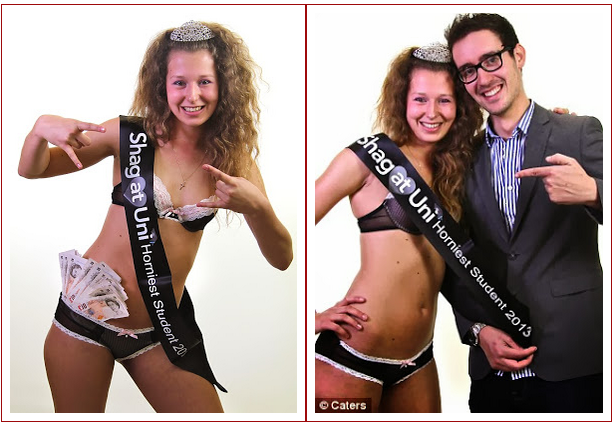 Elina Desaine of University of Exeter was given this prize after she entered a degrading online competition where contestants are encouraged to sleep with as many partners as they can. Whoever sleeps with the most partners and can prove it, wins the competition

According to reports, Desaine won this award and £500 plus a year’s supply of condoms.

She pictured above with Tom Thurlow, the creator of the website that organized the contest.

Elina proudly wrote on her Facebook page before she won:

What do you think of this “competition?”