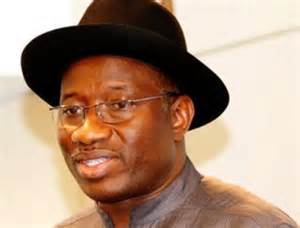 President Goodluck Jonathan has denied giving the Academic Staff Union of Universities, ASUU, an ultimatum to resume work or be sacked, adding that the strike embarked upon by ASUU has gone beyond being just a trade dispute, but a subversive action.

The president said this while fielding questions from newsmen at the expanded caucus meeting of the Bayelsa State Peoples Democratic Party held at the Government House, Yenagoa, noting that the Supervising Minister of Education who made the announcement only passed on the decision of the Committee of Vice Chancellors.

“We didn’t give them ultimatum; it was the Committee of Vice Chancellors that took that decision. The Supervising Minister of Education only passed on the decision.”

He added, “What ASUU is doing is no longer trade union. I have intervened in other labour issues before now, once I invite them they respond and after the meeting they take decision and call off the strike.

“At times we don’t even give them a long notice, unlike, in the case of ASUU that was given four days notice before the meeting. As you are meeting to resolve trade disputes, you expect the trade unions to get their officials ready.

“What was expected having met with the highest authorities in the land for long hours, was for ASUU to immediately issue a statement within 12 or latest 24 hours, to state their position whether they were accepting government’s offer or not. And if they are not accepting they should state the reason for that.”

“But despite the fact that I had the longest meeting with ASUU in my political history, we did not start that meeting until around 2:00pm and the meeting ended the next day in the early hours. As far as the government of Nigeria was concerned, all the critical people that should be in a meeting were there, so what else do they want?

“After that they didn’t meet until one week, despite the fact that you met with the highest authority. It was unfortunate one of them, Prof. Iyayi died.

“The way ASUU has conducted the matter shows they are extreme and when Iyayi died, they now said the strike was now indefinite, our children have been at home for over five months,” Jonathan lamented.