Home Politics What Obasanjo Told Me About 3rd Term And How I Blasted Him...
Facebook
Twitter
WhatsApp 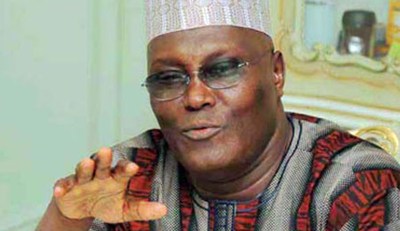 Former Vice-President Atiku Abubakar has revealed that he “blasted” his former boss, ex-President Olusegun Obasanjo for attempting to get him to swear, using the Holy Quran that he would be a loyal deputy.

The former vice president revealed that it was in the heat of the former President’s quest to get an illegal third term in office – a move that was stoutly opposed by most Nigerians and Atiku, who was looking to succeed Obasanjo.

Atiku made the disclosure during an interview with RARIYA, a newspaper published in Hausa and translated to English by PREMIUM TIMES.

He said, “At first we started arguing, and then he (Obasanjo) opened his drawer and brought out a copy of the Quran and asked me to swear that I will not be disloyal to him. There was nothing I did not tell him in that room. The first thing I told him was that I swore with the Quran to defend the Constitution of Nigeria. Why are you now giving me the Quran to swear for you again?  What if I swear for you and you go against the constitution?

“Secondly, I looked at him and told him that if I don’t like you or don’t support you, would I have called 19 northern governors to meet for three days in my House in Kaduna only for us to turn our back on you?

“Thirdly, I asked him, what are you even doing with the Quran? Are you a Muslim that you would even administer an oath on me with the Quran? I was angry, and I really blasted him. He asked me to forgive him and he returned the Quran back to the drawer, and we came out.”

Obasanjo’s failed third term bid has been one of the major sore points of his political career, although he strongly denies seeking an extension of his eight year tenure then.

Speaking further about the infamous third term controversy, Atiku said he vehemently told Obasanjo to hand over power after the completion of his second term in 2007.

He said, “In fact we had the same kind of altercation when he was gunning for third term, he informed me that ‘I left power twenty years ago, I left Mubarak in office, I left Mugabe in office, I left Eyadema in office, I left Umar Bongo, and even Paul Biya and I came back and they are still in power; and I just did eight years and you are asking me to go; why?’ And I responded to him by telling him that Nigeria is not Libya, not Egypt, not Cameroun, and not Togo; I said you must leave; even if it means both of us lose out, but you cannot stay.”

The Obasanjo presidency was the most divided in Nigeria’s history as the then President and his vice were working at cross-purposes with accusations and counter-accusations of corruption and disloyalty tearing the country’s two most powerful political figures apart.

Unconfirmed reports trace Obasanjo and Atiku’s feud to a promise by the former to use only one term of four years as President and then hand over to Atiku; a promise that was not kept. Some reports even went as far as claiming that Obasanjo had to go on his knees to beg his vice to help save him from imminent defeat at the Peoples’ Democratic Party, PDP, presidential primaries.

Atiku, however, denies the former President went on his knees to plead for his support. Rather, he says that Obasanjo visited his residence and had to plead several times before he agreed to see him.

He said, “Honestly, he did not kneel down for me. But he did come to my house and I refused to see him. And he knocked my door continuously and asked me in the name of God to come out, so I came out, and we went downstairs, and he asked me to join him in his car and I said, no, because of security reasons, but he insisted. So when we entered his car, I never knew that he had gone round states pavilions and asking for the support of governors and delegates and they refused to listen to him because they have not seen us together. So that was why he came and picked me up so that we would go round together. There is something that many people did not know before, which I will tell you now.

“However, governors objected to this arrangement. I was then in a dilemma; is the governors’ objection genuine or just a political gimmick. What if I followed them to run against the president and they later on turn their back on me and align with the president? At the end of the day, one would neither be a vice president or a president because politics is a slippery game.”

Concerning his role in the recent factionalization of PDP where he led a number of the ruling party’s governors and other chieftains out of the party’s convention last August, Abubakar said the incidence was pre-determined as they had spent the last four months before the special convention plotting their moves.

He said, “We have been planning for some time because we have spent almost four months planning how to split the PDP.

“At first I didn’t know the arrowhead, but they eventually came and met me and I joined them because their reasons are the same with the ones I have been fighting against within the party; lack of fairness, honesty and tyranny. If I can fight the military to restore democracy, why can’t I fight fellow politicians?”

Abubakar added that the breakaway faction of the party had appealed a court judgment declaring its association illegal just as he denied being a member of the newly registered Peoples’ Democratic Movement, PDM.

“We have appealed; and we are planning seriously, you will see what will happen,” he said.