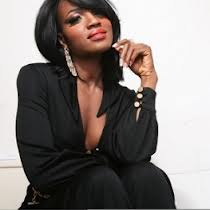 Stylish songstress, Seyi Shay who was formerly a member of the girl group ‘From Above’ that toured with Beyonce in 2009/2010 revealed in a recent interview with Vanguard that she doesn’t read blog comments cos they can be so depressing.

When Seyi was asked how she handles the downside of stardom, she said:
I don’t pay attention to negativity. I don’t read comments on blogs .I only read the comments of my fans on Twitter, Instargram because they are the ones that are important to me. I read the blogs but I don’t read the comments on the blogs. They can be very negative at times; in order to prevent yourself from being hurt you just avoid that. There hasn’t been much negative stories written about me basically and that’s just God’s grace. I try to behave myself as much as I could.