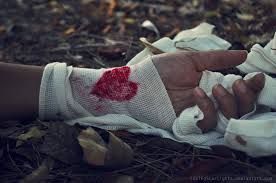 Police in Florida said they arrested a woman accused of attacking her fiance with a fillet knife and hot mashed potatoes.

Sebastian police said they responded to an address in the city Oct. 13 on a report of a domestic incident and the fiance of Kimberly Francisco, 42, told officers the couple had been arguing and Francisco allegedly “began throwing hot mashed potatoes and gravy at him,” TCPalm.com reported Wednesday.

The fiance said Francisco then retrieved a fillet knife and attempted to stab him.

“Upon check of the residence, I noticed food, to include mashed potatoes, appeared to be thrown around the kitchen area,” the police arrest affidavit stated.

Francisco told police she did not throw the potatoes, they fell on the floor. She said her fiance made up the story about the attempted stabbing.

Francisco was arrested on a charge of felony aggravated assault with deadly weapon.