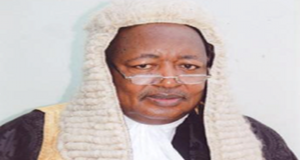 Gov. Mukhtar Yero of Kaduna State has expressed sadness over the death of Malam Yahaya Mahmud, a Senior Advocate of Nigeria (SAN).

In a condolence message signed by his Director-General of Media and Publicity, Ahmed Maiyaki in Kaduna on Saturday,

Yero described the death as a great blow to the North.

“This sad incident is coming at a time when the nation needs the services of honest and hardworking legal luminaries such as Mahmud.

“Mahmud was known for his consistent defence of rule of law and the Constitution of the Federal Republic of Nigeria”, the governor was quoted as saying in the message.

“Our hearts and prayers are with the immediate family of the late barrister.

“We urge them to accept this irreparable loss as an act of Allah, which cannot be averted”.

It urged the family to take solace in the fact that the deceased lived a fulfilled life as a lawyer and a crusader for justice.

He prayed that the Almighty Allah would grant Mahmud Aljanat Firdaus and also give those he left behind the fortitude to bear the loss.

The message also condoled with the Nigerian Bar Association (NBA) and the entire judiciary for the loss of an important legal mind in the profession.

Mahmud, who hailed from Zaria in Kaduna state, died on Friday and was buried in Kaduna on Saturday. (NAN)