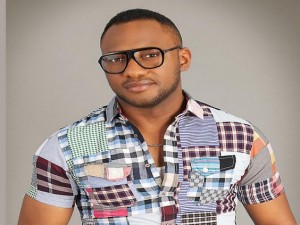 Handsome Nollywood actor, Yul Edochie made an appearance on VillageSqaure TV’s On My Honour, and the actor talked women, romance, his nine-year marriage and success as an actor.

However, when asked by during the interview if his father, Pete Edochie had played an important part in him becoming him a star, he admitted that while his father’s name had opened doors for him, his rise to fame has mainly been by his own hardwork.